Here you can find every information regarding the Discord Ball Z bot.

I. How do I invite the bot on my server ?

First of all the prefix of the bot is db or d!.
To invite the bot on your server type dbinvite, It will send you on a discord invite like this:

Choose the server where you want to add the bot then accept it (you gotta have some kind of mod/admin rank to invite the bot on your server)
The bot needs a role with this permission on to work:

If you want the bot not being able to work in certain chats just disable it here in the chat perms:

You can find most of the main commands by typing dbhelp.
Start the bot by typing Dbstart, DS and Zenis are offered to start with (see other sections to see what they are used for)
you can get daily and hourly rewards by typing dbhr and dbday
hourly rewards have a combo, each consecutive hourly will make you gain more and more rewards.
You can vote and get rewards every 12 hours by typing Dbvote, it will send you on an external link, just login with your discord account and vote to receive your rewards
you can switch between 2 languages : Baguette and English, type Dblang en/fr to do it.

To gain zenis you'll need to fight enemies (see section V) by defeating an enemy you'll receive zenis that can be spent on the Dbshop to gain DS, react to the emotes like this to purchase a pack.

IV. How can I see my/other characters ? How can i set one as a fighter/favorite ?

Your characters are stocked in a "box" to view them type dbbox (rarity, page)
rarities: N,R,SR,SSR,UR,LR

To set a character you own as favorite, type dbfav (father ID), Dbunfav for the opposite

PVP doesn't exist for now, only PVE does

The fighting system is really simple, you need to have a fighter equipped, then type dbfight (level), summoned characters will start at level 1, and will gain strength, health and levels as you defeat enemies, so don't go retard mode and try defeating a lvl 500 with a lvl 1 Yamcha as you'll probably get destroyed.

During the fight you have choices between 2 attacks (3 if LR), gaining KI or fleeing, the first attack is the sequence which is good for low level enemies, but as you start fighting higher level ones sequence becomes useless, so you'll need to start gaining ki to release a stronger attack, you'll need 12 Ki for the 2nd attack and 24 for the 3rd, you gain between 1 and 6 Ki per round :

you also gain zenis when you defeat an enemy like i said in the section III, fighting an enemy with the same level as your fighter will earn you 5k zenis and also gain 5k per each level higher than your fighter for a max cap of 100k zenis, so 19 lvls above your fighter.


VI. How do I heal my characters ?

I could make a compilation on how much people i've seen that asked how you heal your characters, healing characters is really complex so i had to make a huge paragraph to explain how it works, here we go:

NOTHING, THEY HEAL BY THEMSELVES 50%/30m

btw you can see the time remaining on the healing by typing Dbp if the fighter is equipped.

VII. How do I get new characters ? How does the summoning system works ?

To summon characters you need to have atleast 5 DS for a single summon by typing Dbsum, or if you are rich (plz send me ds) you can type Dbms which will consume 50 DS for 10 summons.

you will gain characters varying in rarity from N to LR (0.1%), you cannot level up the rarity of a character, you must obtain it by summoning.

reminder: you get DS in the Dbshop

you can trade by typing Dbtrade @player

For example on this screen i asked Emile to a trade, both players have to accept it by reacting to the emote, you can then place the items you want to trade by typing Zenis (number)/ds (number) or char (Unique ID).

you can also give players items by typing dbg @player zenis/ds/char.

As you level up your profile you'll gain roles, if you have the lvl required but if you dont have the role just wait till the bot gives it to you.

You can also sell by rarity by typing dbsell N/R/SR/SSR/UR/LR (don't sell lr's, bad idea, they only sell for 150k each). 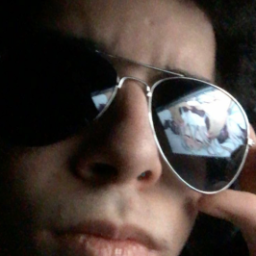